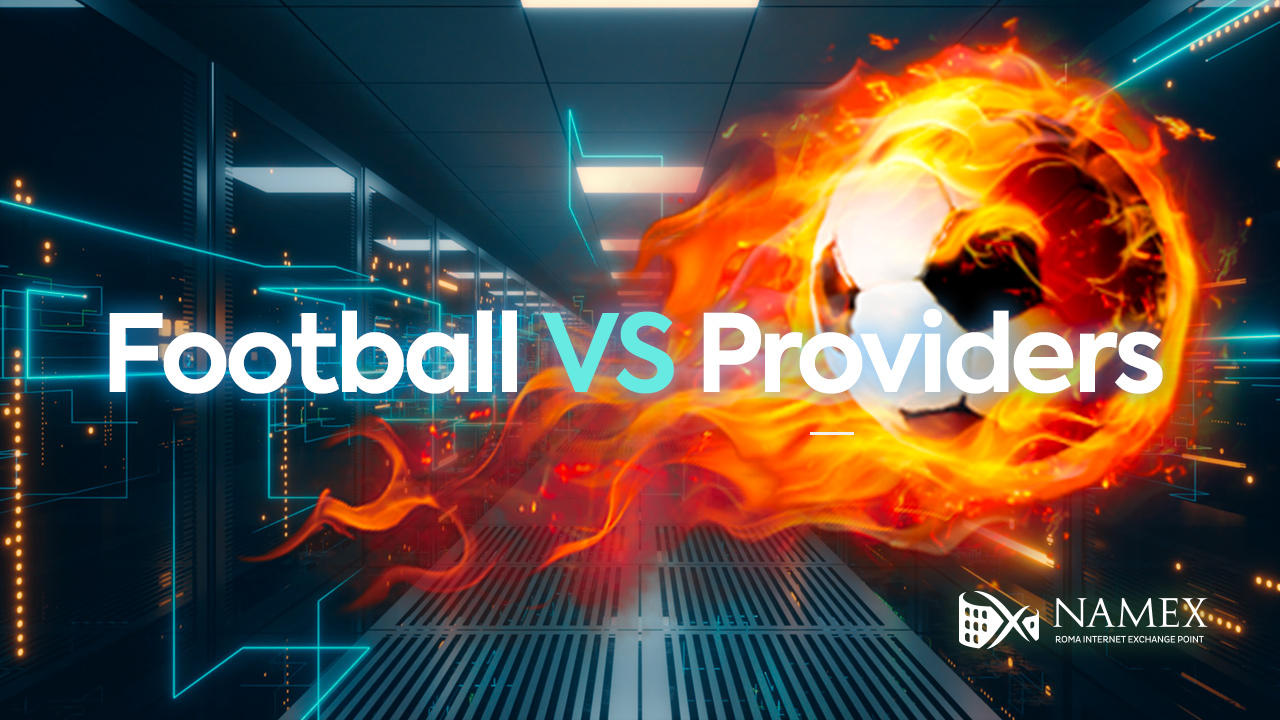 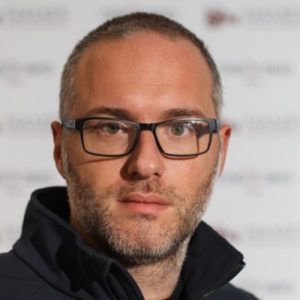 For the first time in Italy, a major event such as the Serie A championship is being broadcast, for most matches, exclusively via the Internet. We are not talking about the distribution of on-demand content, drawing on a ready-made archive at the moment, but about live streaming, the transmission of live content.

The broadcaster is, as everyone knows, DAZN.

A major transition is taking place, a change of era. From satellite-based live content distribution, we are moving to Internet-based distribution. We are facing the beginning of a major digital transformation that will have a significant impact on the Internet ecosystem and lead to changes on the network that will necessarily accelerate the progress and technological advancement that has just begun.

On the content side, the difference between DAZN and other entertainment platforms is huge. If on the one hand Netflix as well as Disney+ or Amazon Prime provide an on-demand service, for which the content is prepared before broadcasting, pre-distributed in their network and requested not necessarily at the same time, for DAZN all these elements represent a big challenge: the preparation of the content takes place on the spot and the distribution ‘on air’ at the same time to thousands of people (in a short instant of time).

On the other side, that of the users, the Italian telecommunications operators (large and small) are suffering from the so-called ‘elephant effect’ (to paraphrase the famous butterfly effect): they need to adapt their network infrastructure to cope with the impact that an event of this magnitude is having and to provide their customers a quality service. No small feat.

Today we have DAZN and the distribution of the Serie A matches, as well as Amazon Prime for those of the Champions League, but tomorrow what other live services will appear on the network? Certainly DAZN represents a good training ground and is certainly a first attempt, from my point of view a successful one, thanks to which the reaction of the network to such a large load could be tested.

Were there problems? Yes, but it was inevitable. From DAZN’s acquisition of the rights to broadcast the Serie A, at the end of March 2021, to the whistle for the start of the championship, at the end of August, the time available to understand the impact of the phenomenon (and to adapt) was not much. But much was done and the infrastructural adjustments were important, from the large national operator to the small local one.

In addition, it should be emphasized which (and how many!) actors are involved in the phenomenon: apart from the broadcaster DAZN, we have the Content Delivery Networks (CDNs) as well as the Internet Exchange Points (IXPs), then there are the access networks, those of the Internet providers, and the local networks in users’ homes. The supply chain is complex. While this plurality of actors represents a value, there is a need for greater collaboration and coordination, and the sharing of information and feedback becomes essential for the proper functioning of the whole chain.

But what do Italian operators think about it and how are things going? An initial answer can be found in the feedback requested from 70 operators throughout the country.

Thanking them for their cooperation and transparency, I would like to present the result of this survey below. 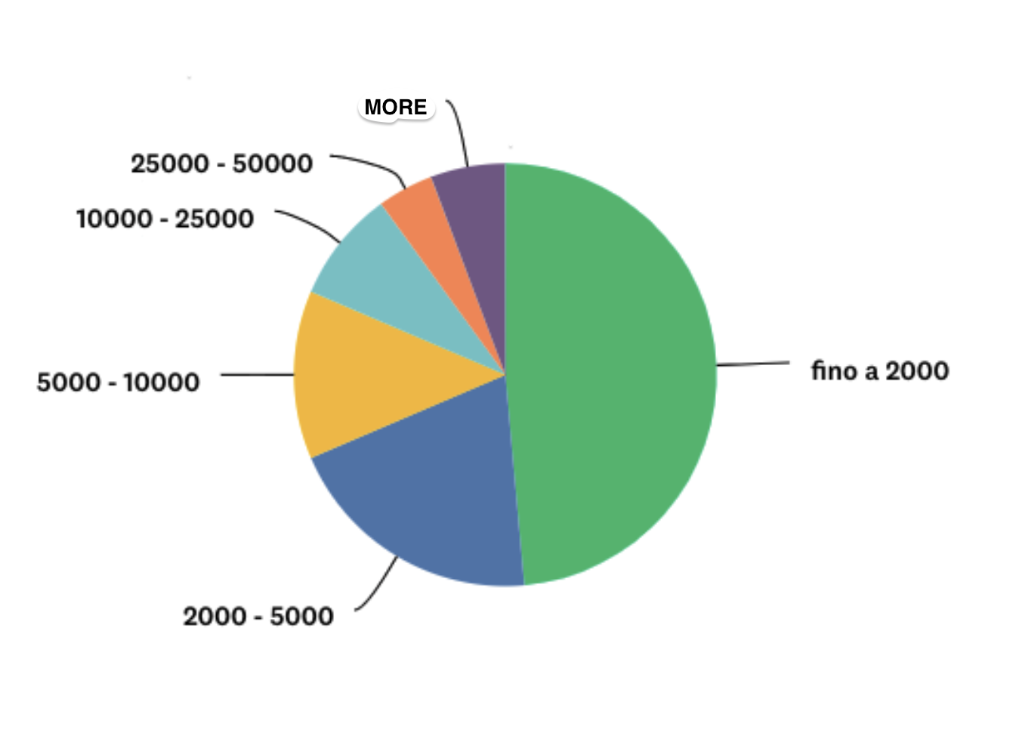 The first question asked was: “During Serie A matches, does the total traffic increase?”

As can be seen, almost 60% state that traffic increases, although not significantly. For 40%, however, it doubles and doubles significantly. The problems, from the operators’ point of view, encountered in the first half of the season were in fact mostly due to capacity saturation episodes, with an identifiable impact on all routes (transit as well as IXP infrastructure). To the normal traffic due to working from home, for example, is added that of matches (essentially the 6 p.m. midweek matches) and to the normal evening entertainment traffic is added that of the 8:45 p.m. matches.

So an increase in traffic is visible on the network, as was to be expected. Where is this increase most visible?

Most of the additional load can be seen through the Internet Exchange Points (IXPs), where Content Delivery Networks are mostly present; IXPs, let us remember, deal with the distribution of DAZN content mainly to small and medium-sized Internet Service Providers (ISPs).

So one has to imagine that IXPs represent an advantage for the operator’s network.

For 80% of operators, IXPs are a value in the enjoyment of DAZN content.

Thanks Turning to what infrastructural adjustments may have been incurred, 60% of respondents say they had to prepare and upgrade their network. It should be emphasised that of these, a large proportion consider these adjustments to be sustainable given the nature of the service and the mode of distribution. For others, however (around 40%), there is no economic sustainability in the upgrades made.

From this 60% we have heterogeneous answers as to what exactly the areas of intervention were. Below is the distribution of responses.

Projecting instead into the, as mentioned, not too distant future, services such as DAZN will be increasingly present. We therefore asked whether there are plans to invest in infrastructure upgrades. Eighty per cent think so, and here is the distribution of the areas where efforts will be directed most.

Summing up, does the live streaming distribution of football represent a problem or an opportunity? Trying to summarize the thoughts of the operators who responded to the questionnaire, everyone is in fairly good agreement that the phenomenon represents a great opportunity from a technological point of view, as the infrastructural adjustments made in a very short time have accelerated the process of updating the network. Upgrading that had already started at the beginning of last 2020, due to the pandemic, during which we Internet Exchange Points were also spectators and players in the race to expand capacity; we also clearly felt the increase in the number of networks interconnected to our infrastructure (an increase mostly aimed at a better geographical distribution by smaller operators). From the point of view of investment, for some rather than others, the phenomenon represents a problem rather than an opportunity: as a result of the increased load on the network, infrastructures are being adapted but, on the other hand, the number of customers is not increasing, or at least not in proportion to the load itself, with an imbalance that can only be smoothed out over time with the migration of further live services onto the Internet. And perhaps at this point the operators will have a network that is more than ready, thus returning the investment made, which today would appear to be not very sustainable.

But what do the big national operators think?

In the case of large national networks, we are faced with a different infrastructural approach in the distribution of Serie A matches. While for small and medium-sized operators IXPs represent a fundamental link in the chain (due to the presence of Global CDNs), the large National ISPs distribute the live DAZN through the so-called ‘DAZN edge’, broadcaster’s caches, operating directly within their networks (and sized on the basis of the relative market share). The IXPs, for the large ISPs, however, represent an important element from the resilience point of view: should there be any problems on the DAZN edge, or should the maximum supported capacity be reached, once again the Global CDNs present in the IXPs act as an additional backup point and geographic redundancy in the distribution of content.

Trying to summarize the experience of the large national ISPs, it is important to emphasize three different aspects: the load on the network in relation to the presence of streaming traffic, the sustainability of the investments made, and future prospects.

During major matches, traffic increases significantly: the increase is about 30% compared to normal traffic. The main problems (or challenges) are encountered when a major match is played at the weekend (when streaming traffic is added to the traffic already present for on-demand entertainment services).

On the other hand, as far as investments are concerned, which would appear to be unsustainable, these concern primarily capacity adjustments on the backbone and access, but also increases in network hardware resources. The infrastructure upgrade had actually already started in 2020 due to the pandemic emergency to cope with the increase in traffic due to distance learning, smart working, etc.

Future prospects concern two fundamental aspects: the technological and the economic. From the point of view of the network, multicast, or in any case technologies and distribution methods aimed at reducing the load on the network, will certainly represent one of the drivers to support the presence of more and more live streaming services, as well as a greater distribution of CDNs over the national territory, with the aim of minimizing transport costs. From a strictly economic point of view, the major Italian ISPs emphasize the need for co-investment on the part of the OTTs or a revenue sharing model, given that revenues per customer have been steadily decreasing for years, both on the fixed and mobile networks, while traffic is constantly increasing.

Trying to summarize by points, we can therefore draw the following conclusions:

DAZN has opened its doors to live streaming on the Internet, a phenomenon that is widely growing and represents a huge change in approach in the distribution of live content.

A first, important sign of this change is the marked growth of Internet traffic, in Italy as in the world. This has led to a heated debate in Brussels on the relationship between telcos and OTTs, with the former accusing some large American platforms (in particular Netflix, Alphabet, Meta, Amazon and Apple) of ‘taking advantage’ of European telecommunications networks to extract huge profits. Regardless of the merits and outcome of this debate, there is no doubt that the increasing transmission of content via the Internet is representing an additional cost for telco operators but also a driver for investments in ultrabroadband networks.